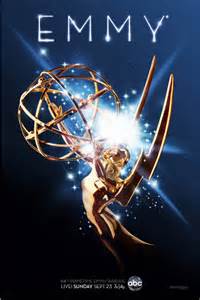 This past weekend I had the honor of awarding 2 Emmy Awards for individual achievement in Character Design & Animation. Unlike other Emmys awarded, these awards are given by a juried panel of your peers. There is no blind ballot. This panel of people, sit and review and discuss every nominee’s work. Trust me, sometimes these discussions can get quite heated. In my years of doing this, I have seen awards given and taken away by passionate pleas. In any case, to win an award by a juried panel is really difficult. It’s also an award to be truly valued. Hey, your work just unanimously won over a room full of your peers. That’s saying a lot.

I also had the opportunity of judging the Voice Over and Narration categories and narrowing them down to the final 5 nominees in each. OY! Was that a long day!!! There were 94 submissions for vo alone. Now, I love cartoons and I could watch for hours. However, hours and hours and hours….I seriously needed better seating, like a barca lounger and popcorn or licorice. Maybe some M&Ms and junior mints would have helped. That was grueling. However, the cream always does rise to the top. In this case it was a blind ballot and I am very excited for our top 5 nominees in both categories.

And this coming weekend I will be sent 5 dvds for 2 more categories. These are the final 5 nominees and a blind ballot. I will cast my vote for who I think should win the Emmy. The majority vote will determine the winner and he/she or show will be announced at the Emmy Awards.

It’s a big time commitment to judge these awards and it’s all done on a volunteer basis. I have to admit, it is fun when the winner says, “I want to thank the Academy.” Sometimes I sit there and secretly whisper, “You’re welcome.”

If you want to view all the nominees and winners, go to Emmys.org