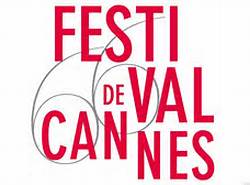 This week I recorded an animated TV pilot that is on it’s way to the Cannes Film Festival. I had the opportunity to record at AnEfx, one of  the best sound recording studios in LA.  The equipment, the facility, the people were all top notch. Our sound editor, Sam Lewis has to be one of the quickest and most actor friendly ADR editors I have every worked with! Anyone who has ever done dialogue replacement, knows how time consuming and tricky it can be to match the character’s words (now translated to English) to the lip flaps of the animated character on the screen. A good editor can make magic happen, even when the translations don’t quite fit. As an actor, we have to be able to quickly memorize a sentence or paragraph, speak consistently in the character’s voice, and make that match to the character’s mouth moving on the screen…all at the same time. The brain is doing a lot at once. Having a good editor, and with Sam we had a great one, really helps our performances sync up. And we had some good laughs recording it too.  I also had the opportunity to work with 2 very talented veteran actors, Joe J. Thomas and Michael Benyaer. These guys rock! It’s always the best when you get to work with great people.

2 Comments on "Pilot at Cannes"