The Annie Awards was hilarious! The backstage drama alone, could have been its own tv show!!! From missing presenters to opening the wrong “The winner is…” envelope, comedy and awkward moments and comedy ruled the night! Congrats to all the nominees and winners: http://latimesblogs.latimes.com/movies/2012/02/rango-wins-annie-award-best-animated-feature.html?track=icymi  You can also find the info on the Annie site http://annieawards.org/consideration.html

A big shout out to some of the unsung heroes of the night: Zahra Dowlatabadi as producer, Ned Lott for wrangling an amazing crew of presenters, Grey Wears the head writer, Frank Gladstone, president of ASIFA hollywood and many others who made the night memorable. 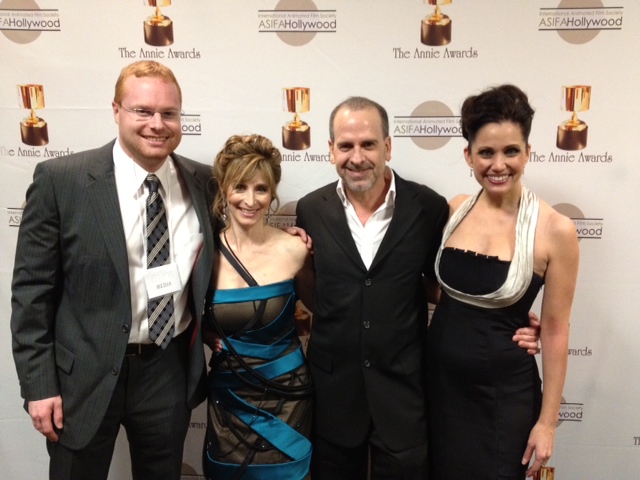