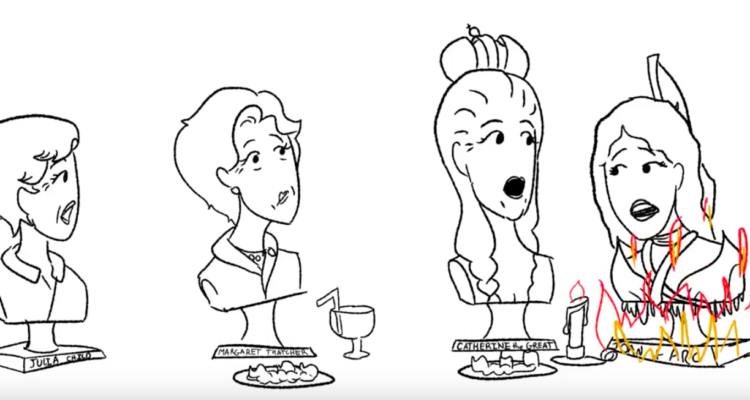 I’m so proud of our new web series, Between Busts and want to welcome you to our second episode, “Hot Flash!” The fabulous famous women in this episode mostly likely could never have met in real life, but they sure make for fun conversations.    Meet: Catherine the Great – Russian Queen who through a sort of  “Russian renaissance”  brought her country into the cultural and political life of Europe. 1729-1796 Julia Child – Had the first cooking show! She was an American chef who brought French cuisine to American tables. 1912-2004 Margaret Thatcher – Known as “The Iron Lady”, was the first female Prime Minister of the United Kingdom. 1925-2013

Joan of Arc – Considered a heroine by the French for her role in fighting off the British and helping to win back France. Captured and burned at the stake at the age of 19.  1412-1431 Shout out to our brilliant writer Amy!

We are so lucky to have Amy's unique voice writing for our show "Between Busts!"...More