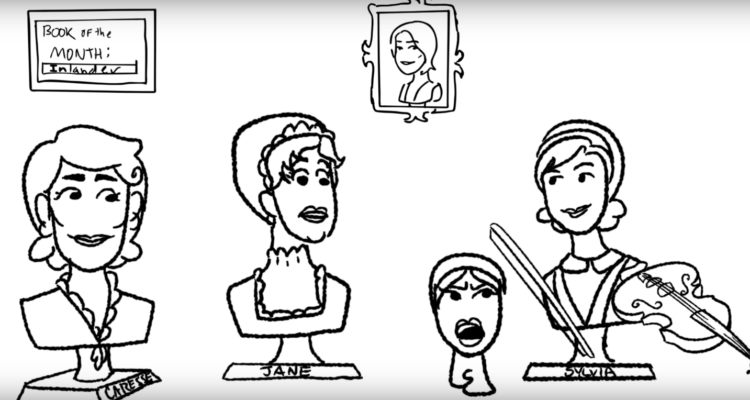 What gives women the most support? Check out this week’s episode of Between Busts, “Bras & Money.”  Caresse Crosby, Sylvia Plath and Jane Austen dish on what’s important. Jane Austen – A British novelist of the 18th century, known for books like “Pride and Prejudice” and “Sense and Sensibility.” She also believed that, “A large income is the best recipe for happiness I ever heard of.”  1775-1871

Caresse Crosby – Inventor and the first recipient of a patent for the modern bra. Patron of the arts and a party animal. 1891-1970 A “roll on” appearance by Anne Boleyn – Queen of England, second wife of Henry VIII. He left his first wife and the church for her. Ultimately, she was beheaded.

I am so proud to play this little character. Ali is the newest member of...More