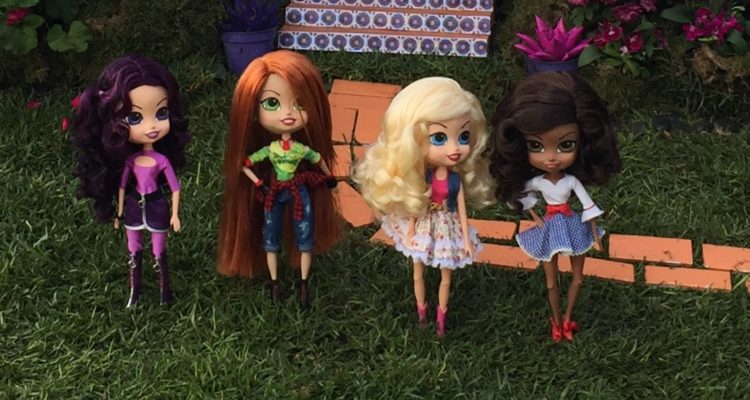 Getting cast as Mrs. Quimby on The Beatrix Girls is becoming one of my favorite stories.

Working The World Animation Gala (where I was actually there to interview the honoree award recipients on the red carpet) I bumped into a friend of mine. I asked if she was attending the summit the next day and she excitedly told me that no, in fact she was starting casting on her  Beatrix Dolls project that just got the green light. Being thrilled for her and also hearing the word “casting” I said “CONGRATULATIONS!” and think of me for any parts. She replied , actually there might be a role you are right for, I’ll have casting contact you.

The next morning, sure enough, I got an email from casting asking me to please submit a tape of the attached scene and include my name, agent and height. I replied to the email, “thank you, I would love to send in my submission. I usually send as an mp3 and typically slate my name, agent and character, but if you want my height, I’d be happy to supply that too.” She responded, “actually, we need a video as this is an on-camera role, not voice over.”

I called casting and she told me, the dolls are puppeteered with some animation, but they interact with live actors as well. This was an on-camera roll for the neighbor, not a vo for the dolls. Oh! Well, I have a home studio for recording vo but not camera equipment for live auditions. She told me to just use my cell phone and send the video in.

Ahhhhhh! My face wasn’t done, my hair a mess, still in walking-the-dog clothes and lines weren’t memorized! I had about an hour and a half to pull-off an overly self entitled, self centered, soccer mom.
Ha! Piece of Cake! I know a few.

I, honest to G-d, did a selfie video of me channeling a particular mom I know, and sent it in. I showed it to my daughter that night and oh lordie, she fell out of her chair laughing and moaning, “I can’t. I can’t!”

Later that night I sent a letter to my friend thanking her for the opportunity and if nothing else, I hope she gets a good laugh. She wrote back they never received the audition. OY! I spent about an hour and finally was able to get it to them via google docs.

Cut to a week later, I got an email. They loved my audition and wanted to offer me the role! Mrs. Quimby and her son Milo, played by the adorable Asher

So, I’m back in the on-camera saddle again and loving it! I’ll keep you posted on when and where The Beatrix Girls will air.

***Mrs. Quimby and her son Milo, played by the adorable Asher

An original animated comedy web series about the unheard and unexpected conversations between famous women...More

Here is a little promo I did for G7 Animation and their presentation for the Chicago ComiCon....More